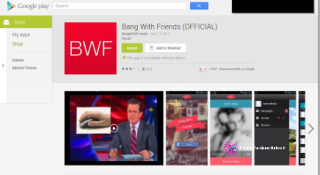 Video-sharing Twitter app Vine says it has banned all sexually explicit content from being published on the platform.

"We've found that there's a very small percentage of videos that are not a good fit for our community," it said in a blog post.

The rules go into effect immediately. After the app was launched by Twitter in January 2013, it came under criticism when a pornographic video was inadvertently made an "Editor's Pick".

The video was subsequently removed, Twitter apologised for the error and the minimum age for users of the app was raised from 12 to 17+ in Apple's AppStore. Currently, the app carries a disclaimer in the AppStore that warns of "frequent/intense sexual content or nudity".

Notifications were sent to users whose accounts were deemed to have sexually explicit content, and Vine has asked them to remove the material to comply with its new rules.

"For more than 99% of our users, this doesn't really change anything. For the rest: we don't have a problem with explicit sexual content on the Internet - we just prefer not to be the source of it,"

So with that noted, did you not know that the Private Members Network allows you to share whatever you want by uploading video's as well? And we have #hashtags just like Twitter.